History: Xanthe Huntingdon went to Beauxbatons, but grew up hearing about the war against Voldemort. As soon as she finished school, she moved to britain, hoping to get a job with the ministry, however, her parents wouldnt let her. After two years of struggle, she left the family, taking on the name 'Huntingdon', due to her fondness of Archery, and due to her skills at it. Her original last name was Woodcroft. She never did actually join the Ministry, instead getting a muggle job at a muggle restaurant, where she was treated badly, and she had no way of stopping it, because of her loyalty to not using magic in front of muggles.When the opportunity arose to join the Order or the Ministry, she jumped at it.

Personality: Xanthe is cold to anyone she doesnt like. She usually wears a black hoodie, covering her face. She is kind to muggles, despite the abuse she suffered from some. She knows that they arent all of the muggles in the world. She really wants a magical job, though. She owns an apartment in london. She has been trained to fight.

Position Request: Any position in the order, except a non-fighting one! 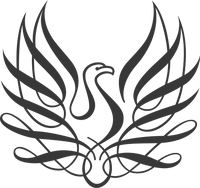 Greetings, Young One. Your Character, Xanthe Huntingdon. Is now a member of the Order. Your member is the . Well Done. Now you need to create a Character Page, A Word Bubble. If you need any help check out our Getting Started Guide which tends to all your needs

Retrieved from "https://deatheatersunited.fandom.com/wiki/Forum:Xanthe_Huntingdon?oldid=8423"
Community content is available under CC-BY-SA unless otherwise noted.