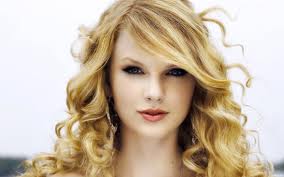 Gwen likes to party when she's on her free time. She is a major pure-blood supremacist. She mastered a patronas, dark arts, and defense against the dark arts. She likes to act like she's ignorant and stupid but truthfully is very smart. Over all she's a nice person though.

Gweneneive Marissa Taylor was born on January 22, 1990 to Clara Iskina and Karl Taylor. She grew up learning in the highest ranked muggle schools in the world because she was very smart and rich. On the exact second she turned 11 she ripped open her letter to Durmstrang Institute. She went and became Captain of the quidditch team and head girl. At Durmstrang her supremacy rose. When she was 19 she took care of her younger cousin Miranda. Later Miranda became Head of Department 3 of the Death Eater. Gwen is proud of herself for raising such an intelligent woman. She hopes to be Deputy Head in the Death Eaters.

Your Character is in the Death Eaters Team!!
Join the Dark Party!

Greetings, Young One. Your Character, Gweneneive Marissa Taylor. Is now a death eater. Your death eaters is the Deputy Head. Well Done. Now you need to create a Character Page, A Word Bubble. If you need any help check out our Getting Started Guide which tends to all your needs

Retrieved from "https://deatheatersunited.fandom.com/wiki/Forum:Gweneneive_Marissa_Taylor?oldid=8983"
Community content is available under CC-BY-SA unless otherwise noted.