The twins are identical. They are metamorphmagi, and can look kind and inocent, using this to their advantage. However, Ella is slightly taller than Katy.

Elle is a great artist, better than Katy, and stronger physicly, being slightly bigger. She is sometimes bossy, but cares for her sister greatly. She is great at Divination, much to her sister's dismay, altough she doesn't care. She won't let anyone push her around, and hates muggles and mud-bloods.

Katy is smarter than Elle, and a better singer. She is the younger of the twins, and was once timid and shy. However, she has become powerful and strong, growing a huge hatred toward muggles and mud-bloods. She is sometimes a slight romantic, and can fall in love easily.

Melody and Ben had twins, Kathryn(Katy) Elizabeth Prince, and Elena (Elle) Vanessa Prince. Kathryn took Melody’s singing and music gifts, whilst Elena took Ben’s Artistic side. However, just aged 2, Melody was killed by a random muggle in the streets, on the way to Diagon Ally. Ben bottled it in, knowing he had to take care of two small children. But when they were six, Ben couldn’t do it. He drank heavily, and under the influence of alcohol, abused his daughters heavily. Elena, the oldest of the twins, was able to take less of the damage, running away quicker, and climbing high. Kathryn however, whilst a skilled gymnast, was unable to get away from her father, being hurt far greater than her sister. At 11, Elena was near to untouched by her father, with the occasional punch or kick, whilst Kathryn took it all. When they got their letters to Hogwarts, the girls were ecstatic. They went to buy their items on their own.

Elle was sorted into Slytherin, whilst Katy was sorted into Ravenclaw. Katy took as many classes as she could during school, whilst Elle only did the core classes. Over the years, Elle showed a growing intrest in the dark arts, claiming it was only a thing she wanted to study so she could protect herself. During the summer holidays, Ben payed no attention to Elle, whilst he attacked Katy more than usual. Elle always tried to stand up for her sister, but Ben was over twice her size, and always beat them both, extra hard. Elle ended up leaving Katy, which caused Katy to no longer like her sister. At 14, Ben was getting so drunk, even though it had been 12 years since Melody had been killed, he tried to molest Katy. Elle, realising she could no longer stand by and watch her sister be hurt like this, attacked Ben, using multiple spells. Katy hugged he sister tight, and they were friends again. From that moment on, Elle protected Katy. Katy felt too scared to fight against her father, so taughter Elle some spells to use. But Ben raped Katy once, until Elle was so angry she used the crutiatus curse on him. Katy screamed, and ran to her bedroom. “Katy, it’s ok now. He’s not going to hurt you again.” “Elle! You used an illegal spell!” Elle walked in, and hugged her. “I’ll go on the run. You stay at Hogwarts and continue studying. I’ll find a way to contact you as much as I can. I promise.” Elle took her stuff, and jumped out the window, waving to her sister. Katy was delighted to return to Hogwarts , and studied as hard as she could. She got Outstanding for all her O.W.L exams and her N.E.W.T exams. She registered as a wolf animagi, only because she knew it was Elle’s favourite animal, and went to find her. It didn’t take her very long. Elle came to here. Then she reviled she was a Death Eater. Katy was shocked, asking why. “Well, you know I studied the dark arts a lot and such? Well, I loved it! That’s how I knew the crutiatus curse! I’m sorry. If you don’t like it, then goodbye.” “Please! I want to be with you! But I’m not sure if I could be a Death Eater.” “Just try sis!” So Katy joined her sister, and fell in love with the dark arts too. She broke out of her shell, and became brave, and a killer.

Elle can draw, paint, do watercolours, self portraits and is a great sketcher. She can't play any instruments, pan can sing ok, but will nearly never be found singing.

Katy can play guitar, piano, drums, bass, and is great singer. She isn't very good at drawing, but is ok at water colours, but doesn't make any much, and will nearly never be found doing watercolours

Katy and Elle are both skilled duelists

Katy was in Ravenclaw, whilst Elle was in Slytherin 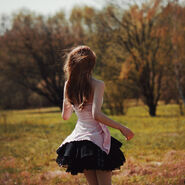 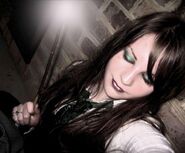 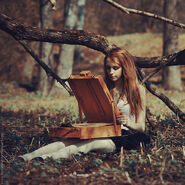 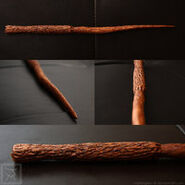 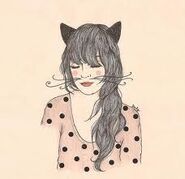 Elena's 4th picture of herself 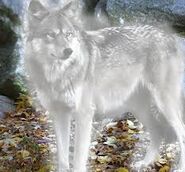 Elena's other dress
Add a photo to this gallery
Retrieved from "https://deatheatersunited.fandom.com/wiki/Ella_Prince?oldid=9926"
Community content is available under CC-BY-SA unless otherwise noted.