Freyja is Flirtious and Diana is Animal lover and Athena is smartest one,

Three triplets were born during the night. They were half veela, and metamorphmagi. Whilst rare, their mother sadly died during labour. This upset their father so much he couldn’t take it, and left the triplets with his sister, the only witch in the family for generations, until the triplets. Five days later, his body was found in the village lake, with slits on his wrist’ and his throat. Thinking this too harsh and upsetting for the girls to know, she hid the truth from them, and pretended she was their mother, and that she had broken up with their father who left to france, unable to visit them. This lie convinced them, and they never knew she was their aunt. In primary school, Freyja was the most popular girl, being followed by lots of students younger than her and the same age. Athena was the smartest in the class, gaining lots of affection from the teachers. And Diana, whilst teased sometimes, didn’t care, and had a club about animals, and always looked after the class gerbil. When Diana was teased, Freyja and Athena would always step in, making sure Diana was ok all the time. Aged 11, they recived their Hogwarts letters, and were delighted. They always knew they were witches. They went to Diagon Ally, and all got two gifts, as well as what they needed. Freyja got a broomstick and a love potion book. Athena got Tales of Beedal the Bard, and a broomstick. Diana got a book about magical creatures, and a broomstick. The broomsticks were only for second year usage and above. They were also given a beautiful snowy owl to share. At Hogwarts, Freyja was sorted first, into Gryffindor. Athena was placed into Slytherin. And Diana into Hufflepuff. Diana loved Care of Magical Creatures and Herbology, Athena fell in love with Transfiguration and defence against the dark arts, and Freyja liked Potions and Charms most. They had a fairly nice time at Hogwarts, until something terrible happened. One night, during the summer holidays, Diana and Athena were woken up by a dropping sound and a scream, coming from outside the window. Diana went to Freyja’s bed to wake her up, but when she pulled the covers off, there was no Freyja. Just a note, saying if they got £10,000000 and left it under the bridge, they would get Freyja back. They woke their aunt up, who said it would take so long to get that money back, but too dangerous to try and get her without the money. The twins tried best as they could to raise the money, but were nowhere near the amount needed. After a year, they assumed the worst. She was dead. They placed everything she owned in her school trunk and placed it on her bed, and went along as though she were just a girl they didn’t know much. Aged just 16, they nearly forgot their sister. Meanwhile,Freyja was kept in bad conditions. She ate very little, and was nearly killed several times by the kidnapper. She tried to escape multiple times, which always resulted in a beating and very rarely, rape. She wondered why her family made no attempt at getting her back. One night, she found a knife. She grabbed it, and cut the rope that her capture had tied to the wall. He tried to grab her, but she stabbed him in the leg, not enough to kill him, just enough to stop him. She ran, to the small town hall in the village, and found it deserted for the night. She walked around, and found the record room. She found her family’s one, and discovered that the woman whom pretended to be their mother was in fact their aunt, and that their mother and father were dead. She tried to get back to her family, only to discover they had moved, to London. Athena and Diana graduated from Hogwarts with excellent results. Diana became a registered wolf animagus. Athena started working the the Department of Magical Transportation, and Diana started working with The Department of Care Of Magical Creatures. They joined the Order of the Phoenix, trying to be involved as often as possible. They didn’t even notice their sister join. She became the assistant of the Deputy Head, and worked in Madam Malkins, trying to find her sisters, who had a happy life without her.After joing the order she met a guy named Alex.She had a crush on him and then they got married.She loves him too much.

Diana was 12 and second years 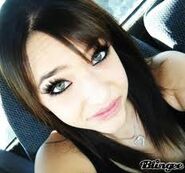 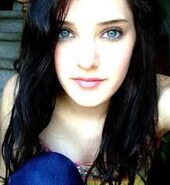 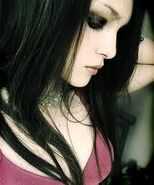 Diana is 18 year old and order of phoenix member

Add a photo to this gallery

Retrieved from "https://deatheatersunited.fandom.com/wiki/Diana_Jensen?oldid=9719"
Community content is available under CC-BY-SA unless otherwise noted.